In 2012, Matthew Neyland started Matthew’s Nationwide Moving as a starving college student in Annandale, VA. Over the years, Matthew’s Nationwide Moving has become the most trusted moving company in the greater Fairfax, VA area by offering our clients the best in packing and moving services at the best price. With our fleet of state of the art moving equipment, we can safely relocate your office or household anywhere nationwide. 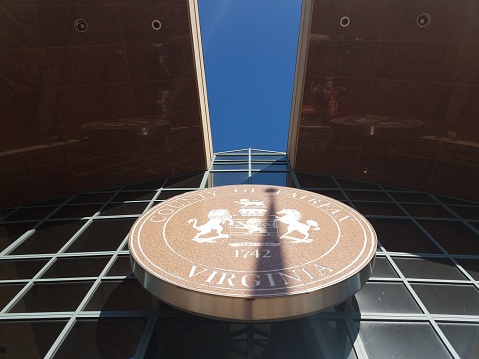 As the seat of the county of the same name, Fairfax, Virginia includes both a historic neighborhood at the center and the larger modern city with a 2010 population of around 22,500. Founded around the Fairfax Courthouse as the Town of Providence in 1805, Fairfax was the site of several Civil War battles and grew into a center of commerce in the twentieth century. The modern city of Fairfax has a busy railway serving Washington DC through their Orange Line as well as the Virginia Railway Express. The robust public transport system and wealth of interstate highways allow residents to work in DC and other nearby cities like Alexandria.

The heart of the Old Town Fairfax historic district is the Fairfax Museum and Visitors Center located in the old Public School built in 1873. The oldest building in the county is the former Fairfax County Courthouse, and the Old Town Hall is another beautiful historic building in the classic revival style popular in the early 20th century. The NRA National Firearms Museum is also located nearby. Visitors wanting to enjoy northern Virginia natural beauty can pop over to Burke Lake Park to enjoy fishing, boating, camping, and hiking.

What is it Like to Live in Fairfax, VA?

Fairfax, VA is one of the best places to live in all of Virginia. The area has a lot to offer to individuals and families of all ages.

Fairfax has a rich history. In the early 1600’s, Europeans began to settle here. Native American settlements are also known to have existed all throughout the area. George Washington’s home was in Fairfax and Mount Vernon is also located here. Additionally major events in the nation’s history, such as parts of the Civil War, occurred in Fairfax County.

The economy in Fairfax is great – partly because it is so close to Washington DC. Most people who live in the area either work for the government or provide goods or services to the government.

For families with children, Fairfax County has a great public school system that is equipped for students of all learning levels. There are also extensive AP and International Baccalaureate programs offered here.

Health care is fantastic in the area as well. Most people are able to stay local for treatments and don’t have to go elsewhere to another larger hospital for treatment (with the exception of certain conditions and cancer treatments, such as at Mayo Clinic, which is out of state).

The crime rate is low as well. This isn’t an area where people are generally concerned about a high chance of having a crime committed against them.

There is plenty to do here. From visiting the Blue Ridge Mountains to basking in the sun at nearby ocean beaches, locals enjoy the outdoors and nature. There is great shopping around and food too.